We originally quoted for this downstairs rear extension house build but didn’t get it because another could start earlier. Unfortunately everything they did was wrong so the project was cancelled. We were called to a meeting with building control on site who advised that if we could make it right we would be given the project to complete.

We started the rear downstairs extension project with a complete rewiring and a new boiler which was moved to a different position.

For the steel beam we had to remove the pillars and weld a steel plate on top of the beam and then re brick the pillars and above the beam. We also had to alter the existing drainage works for the new toilet.

We built the small utility room where boiler washing machine and dryer were situated.

The roof and Velux leaked so we re done the roof, plaster boarded and plastered all walls and ceiling. We ran new pipes for the w/c room and fitted two new radiators. Next we screed the floor and tiled the kitchen and w/c room, floors and walls.

We installed the kitchen and laid flooring in the living room and hallway. We removed the rear sliding doors and window then refitted properly.

Finally we painted all the walls and ceilings.

Results after the full refurbishment 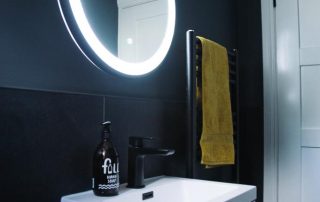 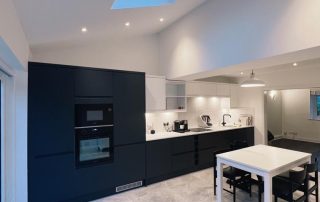 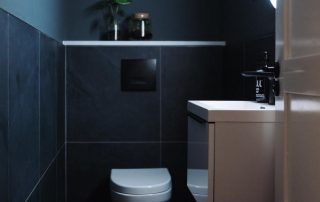 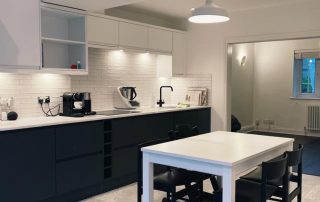 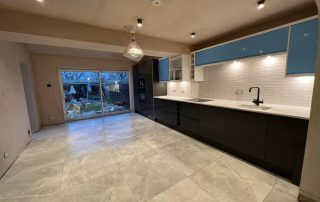 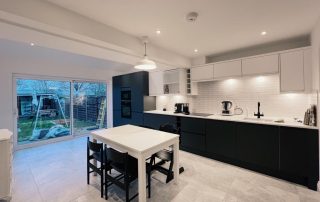 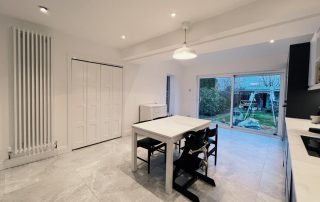 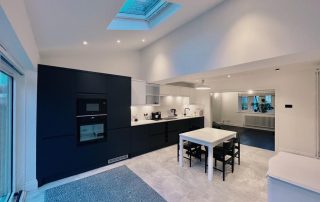 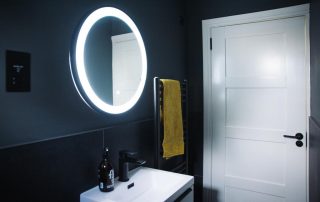 Looking for an expert builder or renovator in Bromley or South East London?
We can help you! Call us today.
07734 351 823

This website uses cookies to improve your experience while you navigate through the website. Out of these cookies, the cookies that are categorized as necessary are stored on your browser as they are essential for the working of basic functionalities of the website. We also use third-party cookies that help us analyze and understand how you use this website. These cookies will be stored in your browser only with your consent. You also have the option to opt-out of these cookies. But opting out of some of these cookies may have an effect on your browsing experience.
Necessary Always Enabled
Necessary cookies are absolutely essential for the website to function properly. This category only includes cookies that ensures basic functionalities and security features of the website. These cookies do not store any personal information.
Non-necessary
Any cookies that may not be particularly necessary for the website to function and is used specifically to collect user personal data via analytics, ads, other embedded contents are termed as non-necessary cookies. It is mandatory to procure user consent prior to running these cookies on your website.
SAVE & ACCEPT
Call Now
Go to Top